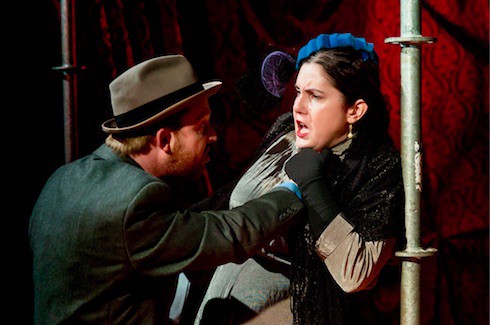 Topical and Mostly Sure-Footed Rendering Of ARTURO UI from Scena

A thinly-disguised parable of the ascendancy of Adolf Hitler, The Resistible Rise of Arturo Ui may have been written in 1941, but it may as well have been addressed directly to Americans of 2019.

END_OF_DOCUMENT_TOKEN_TO_BE_REPLACED 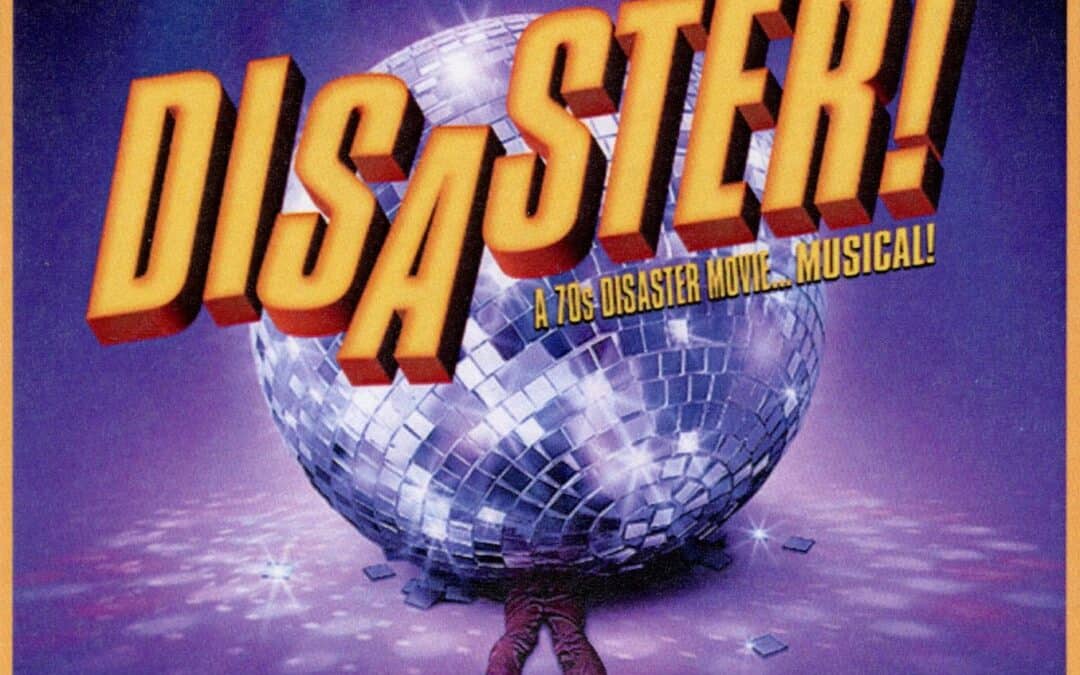 DISASTER! Slays at Cockpit In Court

Disaster! lovingly pokes fun at two staples of 1970s popular culture: disaster movies like Towering Inferno and The Poseidon Adventure and the disco-heavy pop music of the era. Whether to go is not going to present any great dilemmas. This is a perfect summer evening’s smart-alecky entertainment.

END_OF_DOCUMENT_TOKEN_TO_BE_REPLACED 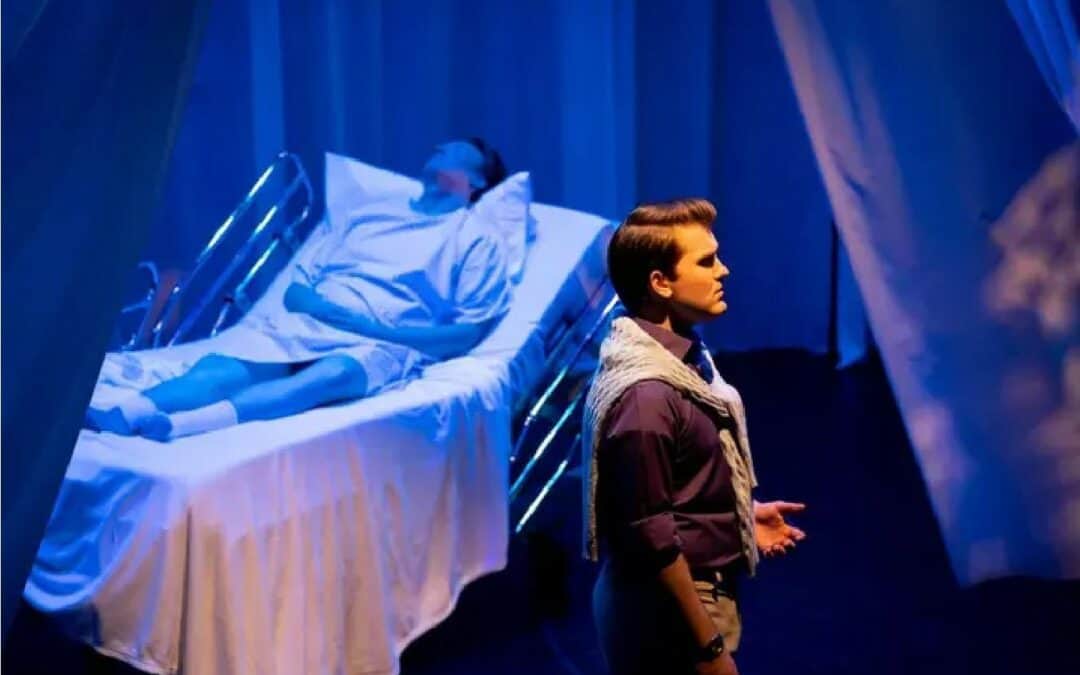 The Songs May Not Stick, But the Happiness Will in Iron Crow’s Production of A NEW BRAIN

The strange thing about this lyrical cornucopia: it doesn’t stick in the mind much as one departs. There is a deliberate effort to craft just such a song, ‘I Feel So Much Spring,’ as the closer, and it feels and sounds good, but by the time the song finishes, there have been so many harmonic variations sung by the various characters that the core melody has largely been overwritten mentally. What will not be overwritten is the joyous feeling that the song, and the ending, bring about.

END_OF_DOCUMENT_TOKEN_TO_BE_REPLACED 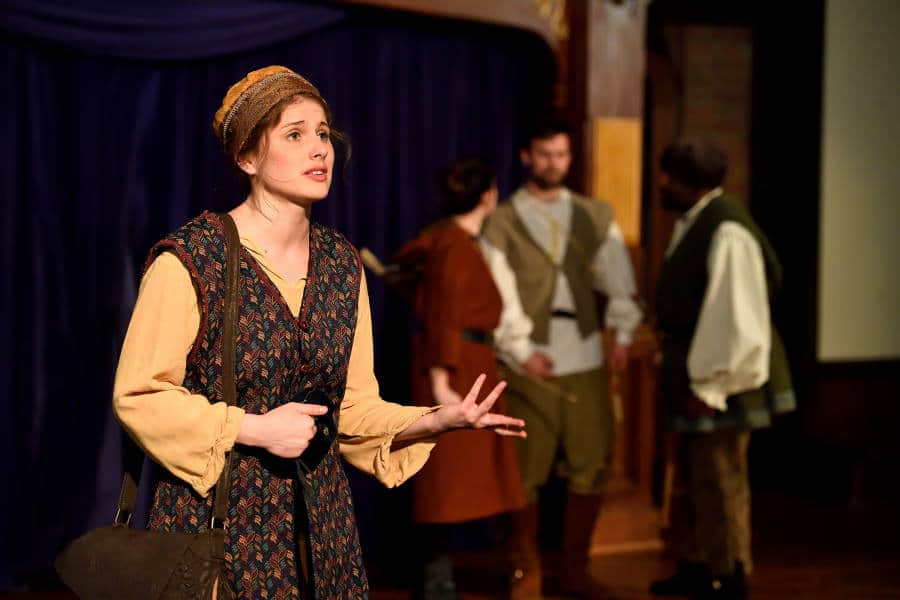 The play seems to be a retrospective of Shakespeare’s career, with a strong note of self-parody. And with a playwright as fecund as Shakespeare, a ‘greatest hits album’ would have to be full to bursting. And so that’s what Cymbeline is: a ‘greatest hits’ that refuses to take itself seriously, and invites us to participate in Shakespeare’s gentle laugh at himself.

END_OF_DOCUMENT_TOKEN_TO_BE_REPLACED 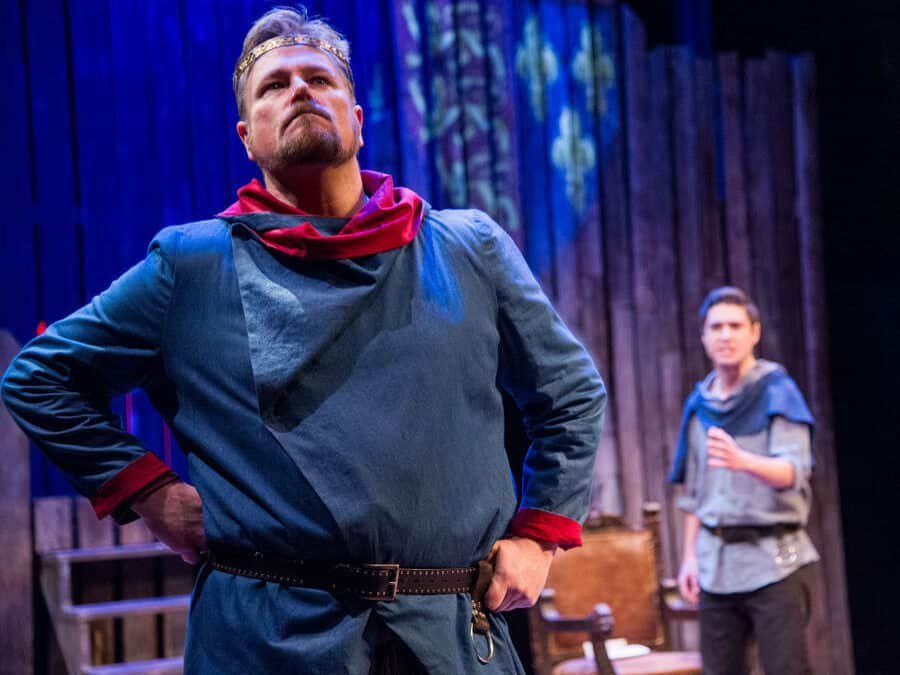 Shakespeare’s Henry IV, Part I (1597), now being revived by the Chesapeake Shakespeare Company, is at its heart a family story. It certainly bears the traditional characteristics of Shakespeare’s history plays, but it is, first and foremost, a story of two fathers and two sons, and only secondarily about dynastic struggles.

END_OF_DOCUMENT_TOKEN_TO_BE_REPLACED 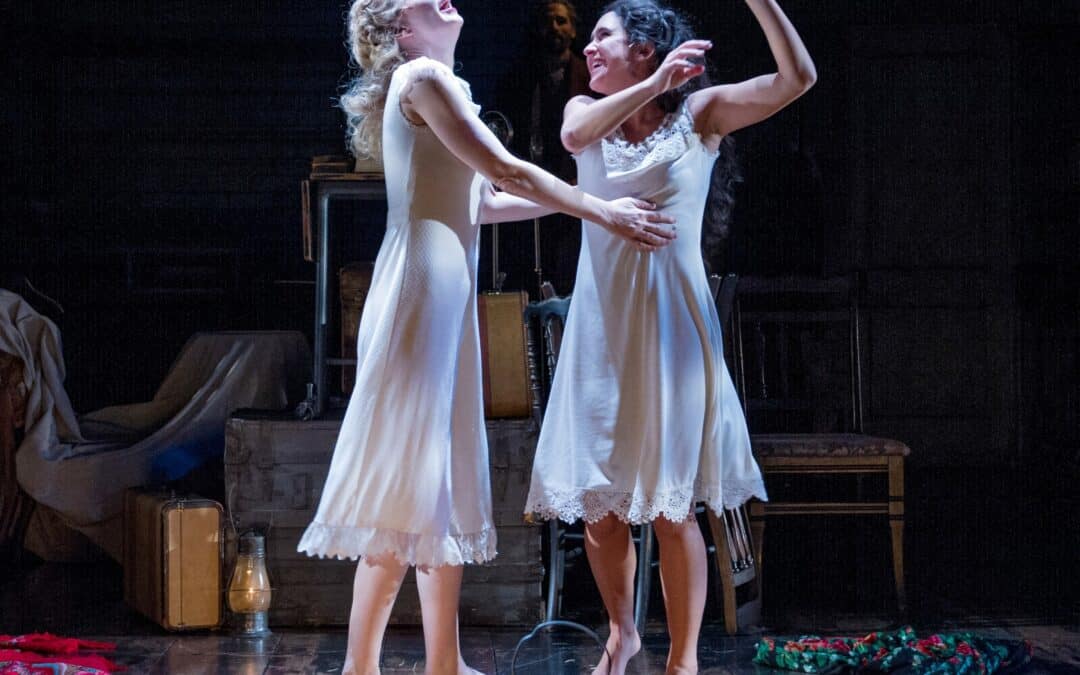 Indecent is about the power of theater to dazzle and uplift. Playwright Vogel has discussed plays that make the hair stand up on her neck. That is exactly what Indecent does: makes the hairs stand up on the back of the neck, and we may be at a loss to explain.

END_OF_DOCUMENT_TOKEN_TO_BE_REPLACED 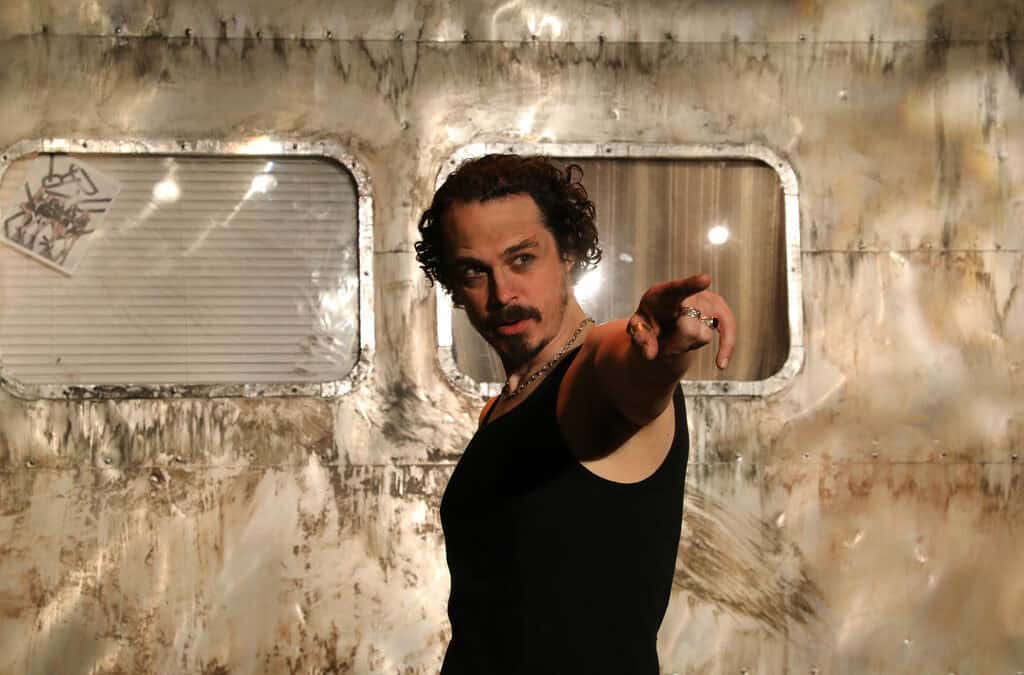 Even though sometimes funny, even to the extent of farce, and filled with a manic vitality, Jerusalem is not easy theater, but it is infinitely rewarding. It will be surely be one of the most ambitious shows local audiences see in this new year.

END_OF_DOCUMENT_TOKEN_TO_BE_REPLACED 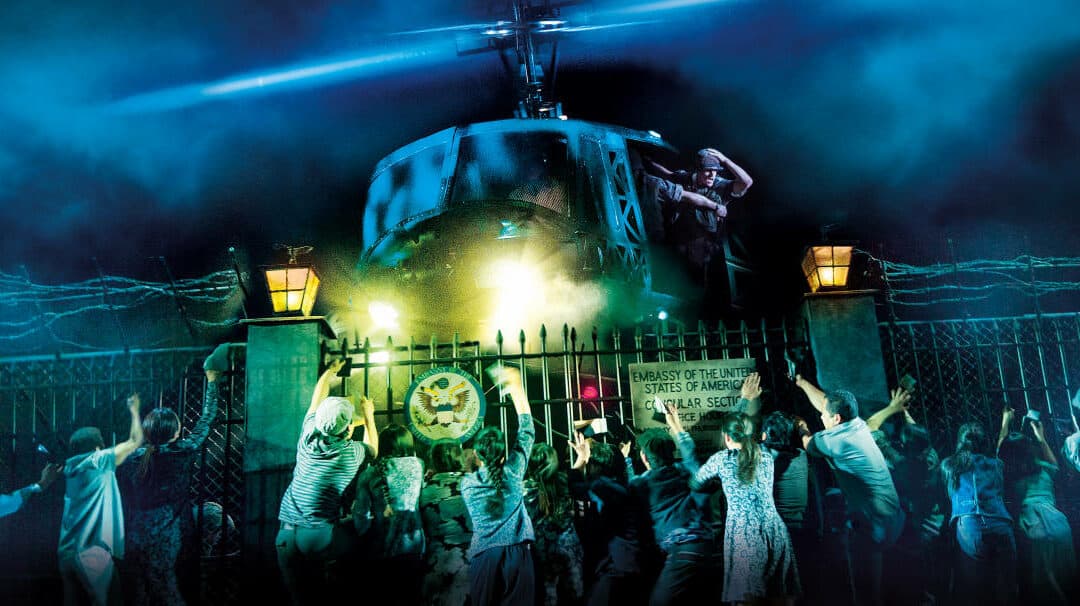 This is an excellent contribution to the canon of operatic musicals, richly melodramatic, beautifully acted and sung, with outstanding production values (yes, there is a helicopter!), and intelligent about the effects of war, and intelligent too about the particular clash of cultures that the war in Vietnam effectuated.

END_OF_DOCUMENT_TOKEN_TO_BE_REPLACED 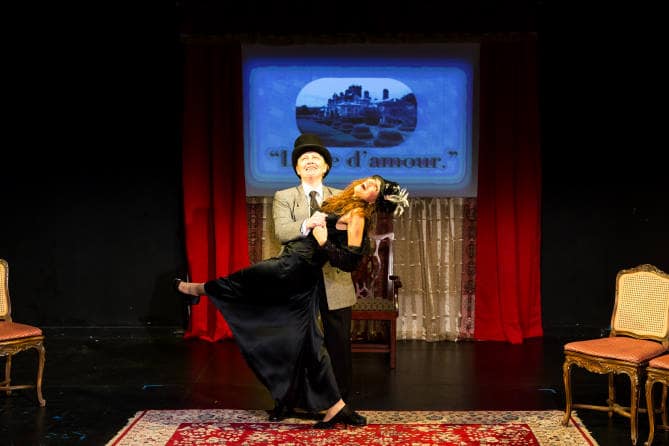 I suspect that the choice to do more of a Wilde fantasia than a Wilde play was as carefully deliberated as any other. Perhaps, because the play is so defective in its conception, the impulse was just to mess with it and see what happens. Even Homer nods – and when Wilde does (as he certainly did here), maybe all bets should be off.

END_OF_DOCUMENT_TOKEN_TO_BE_REPLACED 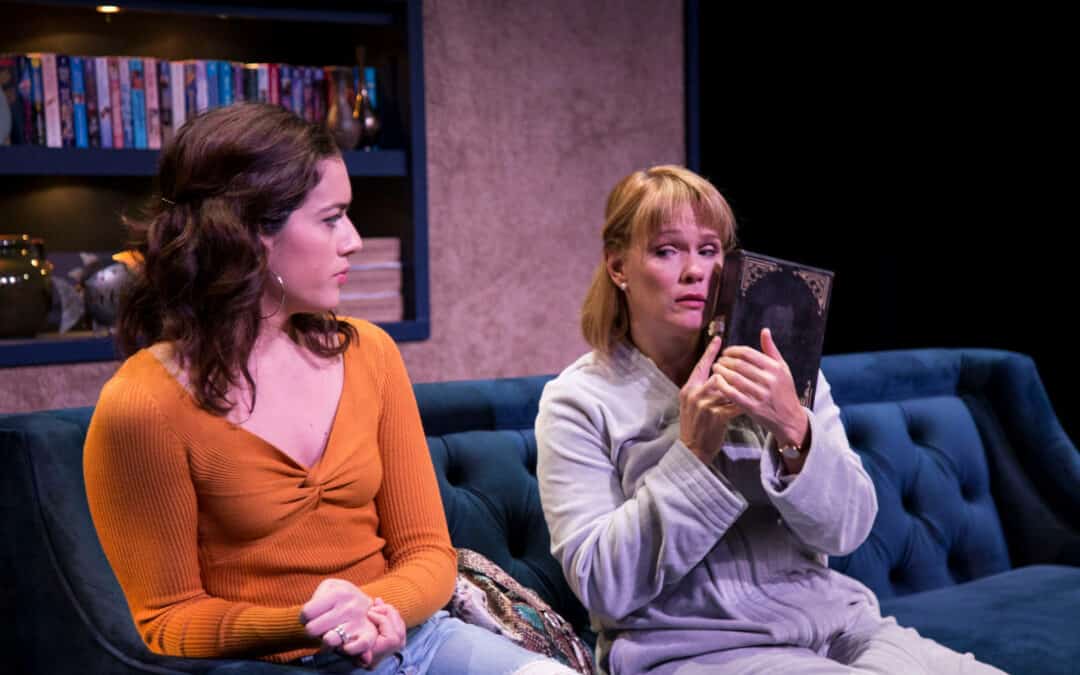 While basic questions about what the characters are doing or why are never fully resolved (nor do they need to be), the debatable and sometimes contradictory answers each character gives to these questions form the basis of a relationship that dramatically and comically changes as the play progresses.